Opening Day Saw Victories Across the Board for FC Stars

The playoffs, held in Redmond, Washington, feature more than 325 teams from around the country competing throughout the week. FC Stars have four teams competing in the Champions League division along with two teams in the Showcase A division. The format provides FC Stars players the opportunity to compete against the best teams from around the country in front of family, friends, and premier college coaches.

The U16 FC Stars ECNL Blue team had one of the first games of the day, kicking off at 8:00 local time (11:00 a.m. EST) against Alabama FC. Stars opened their postseason with a 2-1 win, with goals coming on either side of halftime.

After the game, Head Coach Kevin Mascary spoke about his assured performance from his team.

“It was a great way to kick off the tournament,” he said. “Girls played really well and created a lot of chances. Really good performance from the team and a well deserved win.”

The U17 FC Stars ECNL Blue team had their first match later in the morning, squaring off vs. the Portland Thorns Academy team. The Thorns, whose parent club is part of the National Women's Soccer League, fell short against their eastern opponents. Head Coach Jason Dewhurst credited his goalie for helping his side get the 2-1 win.

“Back and forth game with two good teams very committed to getting the 3 points on the board,” he said. “Both teams had chances to score more but our goalie Lexi White made 3 point-blank saves in the second half to secure the win.”

In the last game of the day, the U17 FC Stars ECNL White team (pictured below) played their first of three games against Midwest United, a club based in western Michigan. Similar to earlier results, Stars pulled out a 2-1 victory, but this time in a thrilling comeback effort.

“Incredibly proud of a complete team effort,” said Head Coach Shawn McDonough. “We conceded a goal right before halftime and rather than dropping our heads, the girls scrapped back to score twice in the second half and win the game. Great resilience, which has been a staple of this group all season. Excited for another fun battle tomorrow.”

The Champions League features three group-stage games followed by a knockout stage. 44 teams are spread out across 11 groups of four based on regular season record. Each group winner, along with the five-best second placed finishers, will move on to the knockout round. The last four teams remaining in the U13-U17 divisions will play the semifinals and finals in Richmond, Virginia from July 8-11.

The Showcase A is one of three 16-team knockout competitions based on regular season record. Each team is guaranteed to play a minimum of three games against the best competition the nation has to offer. 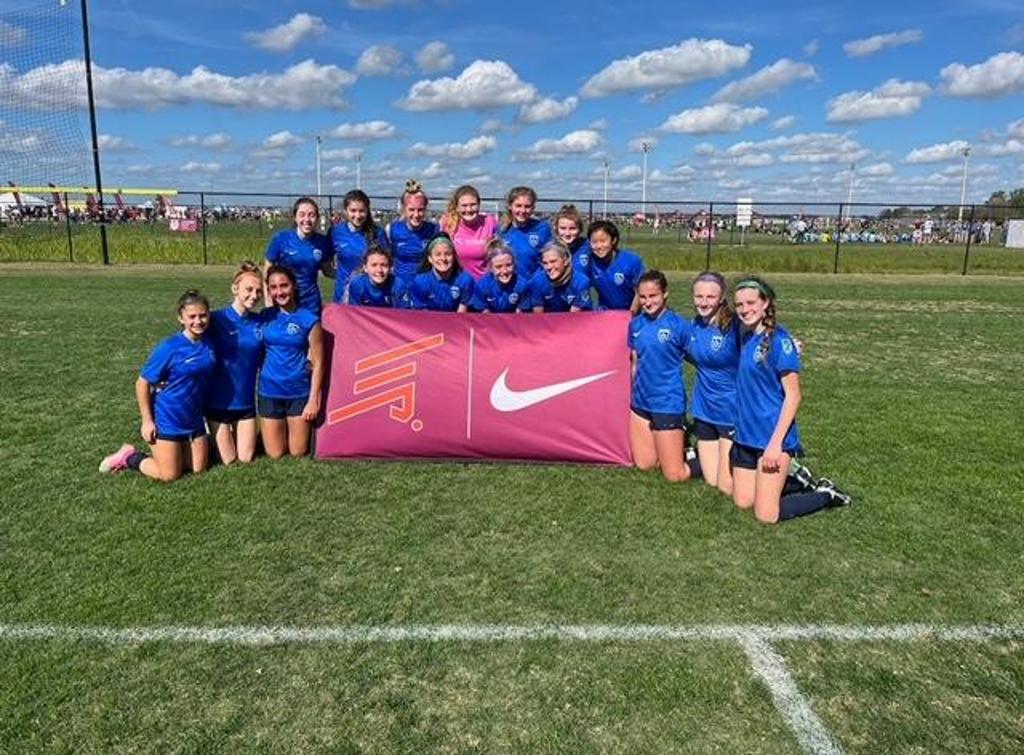