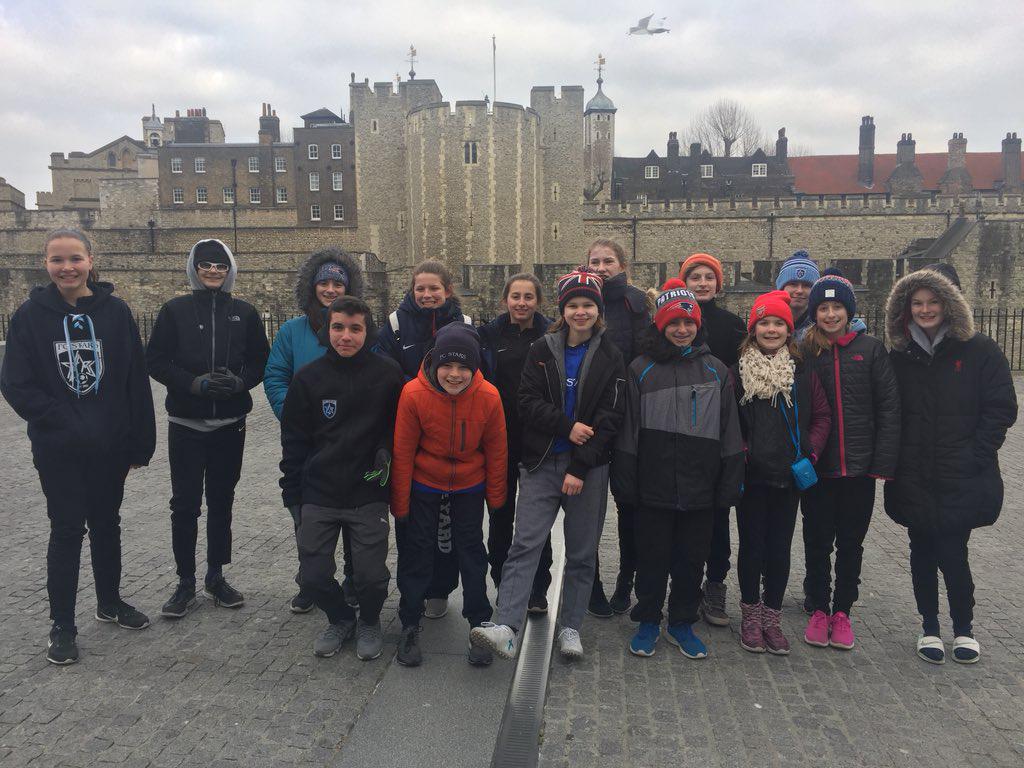 Thank you to all the parents, players and support staff who made this possible, we look forward to continuing our partnership with XL Sports Tours.

Day 1: Our Stars group met up with the XL Tour staff at Heathrow Airport where we were transported to our first training session at Queens Park Ranger's training ground. Coach Connor put the group through a quick session to get the jet lag out of the players legs then it was back on the bus to go to the lovely city of Windsor. Windsor Castle was very pretty, the group had a couple of hours of free time to see the castle, its grounds, and the rest of the city. St. George’s Park was our next destination where we would spend our first evening on tour.

Day 2: Breakfast at SGP was superb (as was our dinner the previous night)! After breakfast we met our very friendly Spanish F.A. tour guide. He showed us around the very impressive facility before putting on his own practice session for our group that the players loved. Our wonderful bus driver Jason took us to our next hotel, Carden Park. This hotel was absolutely fantastic, we were treated like royalty from the moment we arrived. We were served a tasty pre-match meal then it was off to our first match of the tour. Our boys joined in with a local boys team that were practicing, they had fun interacting with the little Scousers before joining up with our girls to play out a 3-3 tie with Crosby Stuart F.C on a nice floodlit 11v11 pitch.

Day 3: Free time in the morning to enjoy a tasty breakfast and all the activities the hotel had to offer. Jason then got us to Chester were we had some down time to enjoy the splendid little city centre on our own before an interesting tour of the Roman walls that surrounded it. Boys were dropped off at our hotel were they played some soccer tennis, had an early dinner then watched the Champions League Game between Chelsea and Barcelona. The girls played their 2nd match of the tour winning 1-0 in a tightly fought 9v9 game.

Day 4: Our first stadium tour to Anfield, home of Liverpool Football Club, was very impressive. After tasting some of the atmosphere inside the ground (literally some kids tasted the grass) we took a trip into the Albert Docks were we enjoyed some fish and chips with mushy peas from a local "chippy". The group then descended into the cultural city centre where we had some free time but ultimately all met up at the world famous Cavern Club, home of the Beatles! To end our day we attended our first live match of the tour watching Liverpool Ladies F.C. come out 3-1 winners over Sunderland Ladies F.C, after which the players got some player signatures before heading back to the hotel for the night.

Day 5: A stadium tour of the "Theatre of Dreams", home of Manchester United F.C, kick started our morning then we packed our bags and headed for London!  The Emirates stadium was our next stop where we enjoyed a first class meal experience in the corporate lounges before watching the Europa League tie between Arsenal and that Swedish team that beat them 1-2. To round off our stadium experience for the day we stopped at Stamford Bridge which would be the location of our final hotel of the trip.

Day 6: The groups last practice session of the tour would take place at Fulham F.C's training grounds. A frosty morning sent us inside where the group were put through their paces by two Fulham Academy coaches. Some London City sightseeing was next on the agenda as we had a fabulous post training meal on the edge of the River Thames before jumping on a river boat cruise tour up to the Tower Bridge. We would end our day with the groups last set of games where the girls played out an intense 6-4 win and our boys would help a local boys team to a 4-0 win.

Day 7: Last Full Day! A relaxing breakfast in the morning led us into our tour of the London Parliament buildings and surrounding attractions. After enjoying what the Royal Family had to offer we met at Craven Cottage for the Championship game between Fulham F.C and Wolverhampton Wonderers F.C. A great atmosphere inside the old stadium resulted in a 2-0 win for the home side then it was off to dinner just outside Stamford Bridge. Our evening ended with a tour wrap up, where XL Tour staff presented gifts to the players. Stories were retold and memories were forged as everyone came together for thanks and pictures.

Day 8: Our last day of tour was spent in London City centre where people spent some free time shopping and sightseeing before being transported to the airport for the flight home.